According to the modern tendencies, car manufacturers continue to refine their engines and improve the technologies in pursuit of minimal emissions, better performance and greater fuel efficiency. The world trend for improving the above-mentioned specifications is the transition to direct injection as the most effective way of introducing fuel into gasoline engines. However, there was one serious and unexpected problem that appeared to engineers and scientists shortly after the beginning of using engines with the direct fuel injections. The essence of the phenomenon is broken pistons and engine failure as a result of a specific type of detonation that occurs due to premature ignition. This is called Low-Speed Pre-Ignition. 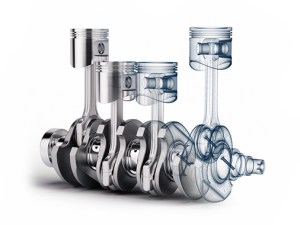 LSPI is an uncontrolled combustion which occurs before spark plug ignition. The uniqueness of the phenomenon is the fact that the destruction of the piston occurs when the engine is not overloaded. Further studies showed that the occurrence of LSPI is associated with the characteristics of the additive package in the engine oil. The combustion occurs when the smallest particles of oil are scraped upwards by the piston. It creates an unplanned pressure wave. The second pressure wave comes shortly after when the spark plug ignites the remaining fuel. The amplitudes of two waves combine and create an enormous amount of energy that lead to cracks in pistons or even a complete engine failure.